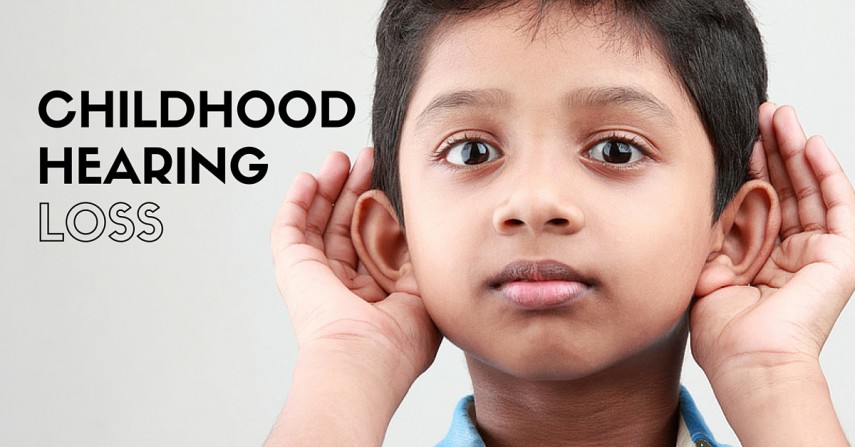 According to the American Speech Language Hearing Association, “the number of Americans with a hearing loss has essentially doubled during the past 30 years.” For children in particular, the number has grown from 13.2 million in 1971 to 24.2 million in 1993.

In more recent years, the number has grown. Healthy Hearing writes, “Unfortunately, hearing loss is becoming more commonplace in youth due to the noise in our environment. In 2013, the Centers for Disease Control and Prevention (CDC) estimated that at least 12.5 percent of children and adolescents ages six to 19 have suffered permanent damage to their hearing due to excessive noise exposure.”

Hearing loss may affect anyone at any age. Though it has long been associated with older adults, there has been an increase of hearing loss in children.

Otitis media is more commonly known as an ear infection. This creates an inflammation in the middle ear (behind the eardrum) and causes a buildup of fluid. Ear infections are very common in children, due to the size and positioning of the Eustachian in tube. In children, the Eustachian tube is quite small and more horizontal than in adults. As such, it is easily blocked with infection. Most children will experience an ear infection before their third birthday.  Ear infections are the most common cause of hearing loss in children, as the fluids produced may cause permanent damage.

As with otitis media (above), children may acquire hearing loss in the early years of their lives. Ototoxic medication, such as aminoglycoside antibiotics, may cause hearing loss by damaging inner ear hair cells. Other diseases such as meningitis, measles, encephalitis, chicken pox, influenza, and mumps may cause hearing loss as well. Additionally, head injuries, second hand smoke, and exposure to loud noise may permanently damage hearing in children.

How to Detect Hearing Loss in Children

Most infants are screened for hearing loss in the first few weeks of their lives. If hearing loss develops later, parents may recognize a delay in certain developmental stages in childhood.  You may find a guide provided by ASHA on developmental benchmarks here.

Detecting hearing loss early on and seeking treatment as soon as possible will benefit the child’s language, social, behavioral, and academic development as they grow.

At Fidelity Hearing Centers, our audiologists provide hearing exams to children with a suspected hearing loss. If present, we will determine the degree and type of hearing loss, and also suggest the best course of treatment for your child. Additionally, Fidelity Hearing Centers will follow up and monitor your child’s progress and ensure the best fit for hearing aids as they grow.