Deaf & Hard of Hearing Fight to be Heard 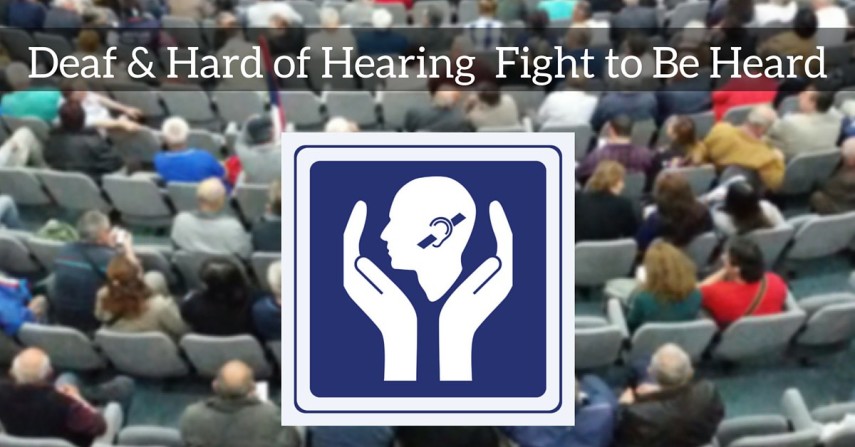 A recent New York Times article has shed light on the ongoing struggle against discrimination of the deaf and hard of hearing population in New York City. It is a large community of over 208,000 people (according to a 2014 census, NY Times) who are still, in many cases, being denied basic rights such as interpreters in government offices, police stations, and hospitals. A recent flurry of lawsuits, along with a community of people who are becoming more aware of their rights and willing to stand up for them, has begun to bring about positive governmental actions in a deaf-rights movement that could lead to important changes for deaf and hard of hearing communities across the country.

Last year marked the 25th anniversary of the Americans With Disabilities Act, which “prohibits discrimination and ensures equal opportunity for persons with disabilities in employment, State and local government services, public accommodations, commercial facilities, and transportation” (www.ADA.gov). However, many deaf and hard of hearing Americans are continuing to encounter discrimination in both the public and private spheres. Although the country as a whole has become used to certain changes the law has brought about, such as wheelchair access, the rights of the deaf have often been misunderstood or disregarded. Last year, a lawsuit was brought against New York City’s Department of Homeless Services, charging its shelters with failing to provide American Sign Language interpreters for deaf residents; they eventually settled. Another suit was filed last summer on behalf of a deaf couple who were refused interpreters at two hospitals after the husband had a heart attack.

Fighting Back –With the Law

The case of Diana Williams, a deaf woman who was arrested in 2011 and was illegally denied a sign-language interpreter while in police custody, is yet another recent example of a lawsuit being brought against a state or government agency by a member of the deaf community. In Ms. Williams’ case however, the Police Department settled the lawsuit for $750,000, one of the biggest payouts of its kind.

The Eisenberg & Baum Law Center for Deaf and Hard of Hearing, who represented Diana Williams, is one of the few places that specializes in this work and has handled over 100 cases of similar discrimination, many dealing with a failure to provide interpreters. While other law firms hesitate to take on deaf discrimination cases, the Law Center continues to strive for positive changes for the deaf and hard of hearing communities.

While many people are still in the dark about deaf culture, deaf rights, and A.D.A. law, there are some signs of growing awareness and positive developments in the public sphere. This spring the New York Police Department will introduce a pilot program aimed at giving the deaf and hard of hearing better access to police services. This program will give the department access to two A.S.L. interpreting agencies, as well as tablet computers for quick access to sign-language interpreters on Skype. Lydia Callis, who served as Mayor Michael Bloomberg’s A.S.L. interpreter and who now runs a New York City-based interpreting service, said recently that she noticed an increase in requests for interpreters, which she attributes to a greater awareness of the law.  “Deaf people are becoming more aware of their rights and are learning to stand up for themselves,” she said. And members of the hearing community are becoming “aware that deaf culture exists all around them.”

For more information on the ADA and services available to the deaf and hard of hearing, visit their website.