Disconnections: Hearing Loss in the City 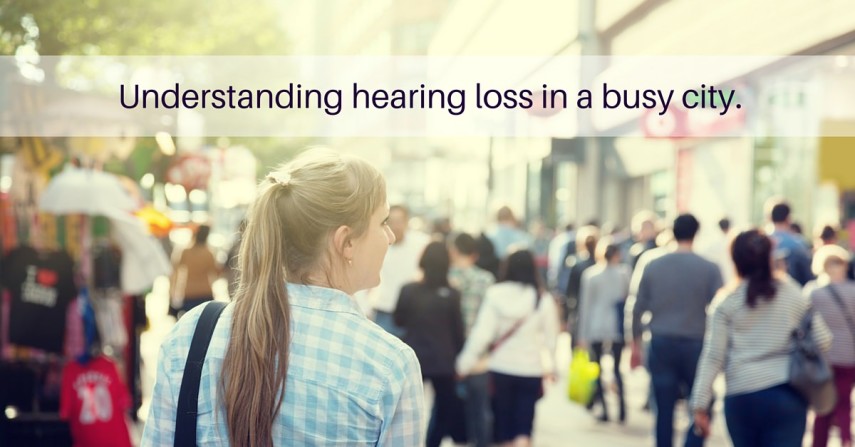 “Art is a lie that enables us to realize the truth,”

Pablo Picasso said. The measure of great art lies in its ability to convey the specific experiences of being in a specific body at a specific time, which in the end connects us through universal human experiences. Across media, we turn to art to make sense of hopelessness, loneliness, heartache, grief – to find solace in the fact that this suffering is not singular and isolated.


But for some, experiences are more isolating than others. Dr. Trish Adams’ piece Disconnections functions within this paradigm. As an artist with severe hearing loss, Adams has illuminated the experience of living in a buzzing, busy city (hers is Melbourne, Australia) while hard of hearing. In a brilliantly conceived multimedia project that combines video and sound, viewers put on headphones and are drawn into the way a city sounds to people with varying degrees of hearing loss.

“has been to design interactive artworks that give those with normal hearing some experiential understanding of what deafness feels like.”


Shortly before moving to Melbourne, Adams began to lose her hearing, some time in her early twenties. Overwhelmed by the acoustics of the city, Adams began her research for Disconnections with Professor Antonio Paolini at the Creative Interventions, Art and Rehabilitative Technology (ciART) lab – otherwise known as the Sensory Lab – at the Royal Melbourne Institute of Technology (RMIT). Adams moved on to developing the works with Dr. Jonathan Duckworth and the ciART team at the RMIT School of Media and Communication.

Disconnections is a two-pronged approach to illuminating the experience of hearing loss within a cityscape for viewers with normal degrees of hearing. The first piece, Inaudible City, is a “large-scale projection of video sequences that portrays Melbourne’s familiar landscape,” and hones in specific spaces and sounds filtered through a layer of audio that is specific to various degrees of hearing loss as well as tinnitus.

The second, Fractured_Message, involves the viewer emotionally through the experience of being approached by a stranger “that the viewer cannot properly understand due to a soundtrack of inaudible and distorted speech.” Viewers witness first the friendliness of the young man which deteriorates into anger and frustration when you, the viewer, cannot respond due to being hard of hearing.

Both pieces clarify and elucidate the simultaneous emotional experience of hearing loss and its technical realities. Contrary to the belief that hearing loss results in a uniform muffling of sounds or sound waves received at lower volumes and frequencies, Disconnections conveys the splintered acoustic information received by a person with hearing loss.

Depending on the degree and type of hearing loss, some sounds may appear louder than others, sounds may stop and start depending on their frequency – in the experience of Fractured_Message, for example, some of the person’s voice is audible, but not all of it.

Disconnections gives viewers the disorientating reality of receiving only parts of a city’s rich acoustic symphony. In line with great works of art, Adams has cultivated an empathic and fascinating work on an experience that otherwise goes unnoticed in the busyness of an urban environment.