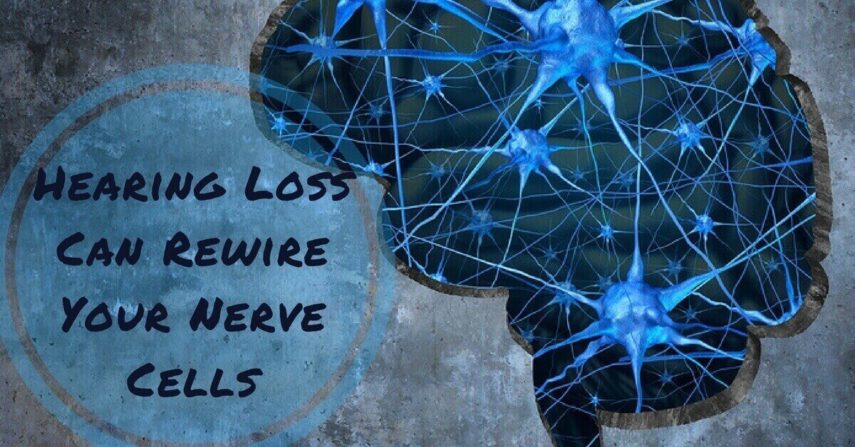 When you think of hearing, you probably picture your ears, but the full scope of our hearing health depends on a deeper understanding of how the auditory system operates. For instance, studies over recent years have indicated that health problems like anemia may contribute to hearing loss because of decreased circulation to the hair cells of the inner ear. Researchers have also found that untreated hearing loss can cause falling accidents because when more cognitive effort has to be given to understanding sounds, it takes away from the cognitive energy we use for coordination.

It can be difficult to think about hearing loss as part of larger systems, but doing so can help illuminate both the causes and the full range of effects hearing loss has on our body. A new study coming from the University of Buffalo is looking deeper into how the auditory nerve functions. Led by Dr. Matthew Xu-Friedman, UB’s research team has found dramatic and rapid biologic shifts in the auditory nerves of mice with blocked hearing.

Xu-Friedman’s experiment involved blocking the hearing in a group of mice and then examining the role of neurotransmitter chemicals in their auditory nerve function. The research compared its findings to a previous study where neurotransmitters were examined in mice with full hearing in an environment of consistent, stimulating noise.

When mice have normal hearing in an environment full of sound, storage of neurotransmitters is maximized in the auditory nerve cells, and released conservatively. This style of release indicates that neurotransmitters in healthy hearing are used as a valued resource. Since they are consistently needed, they are kept in constant supply and used efficiently.

In contrast, when the hearing of the mice is impaired, the nerve cell undergoes an adaptation to the conditions. With less sound to process, storage for neurotransmitter chemicals shrinks, and when neurotransmitters are released they deplete the storage supply. Xu-Friedman’s team postulates that because the sound stimulus is lacking, hearing impairment leads to the auditory nerve reshaping its neurotransmitter use for occasional reactions rather than consistent function.

The results were encouraging: when the ears of the mice were unblocked, cell vesicles grew and neurotransmitter function shifted toward its unimpaired patterns. This reversal of cell behavior points toward the process of hearing recovery. The team noted the pliability of neurotransmitter function, but further research will be required to determine whether function is totally regained or whether residual damage lingers in the nerve cell.

The question of how elastic the auditory nerve functions are can shape a clearer understanding of hearing rehabilitation and recovery. It can help us understand how the restoration of temporary hearing loss occurs, as in cases of ear infections or impacted earwax. If auditory nerve cells have the flexibility to fully recover their healthy neurotransmitter configuration, it could have implications for those with chronic conductive hearing issues. These findings also contribute to our understanding of the inner ear, where damaged hearing often remains permanently affected. After these initial studies, the Buffalo University group has paved the way for further study.

If you’ve noticed changes to your hearing, it’s time to set up an appointment with us at Fidelity Hearing Center. For over a decade we’ve been providing hearing solutions to the LA County area. From complete hearing evaluations to offering a full range of hearing devices, our job is to give you the best options for your hearing health, every step of the way.