Could Loud Movies Harm Your Hearing? 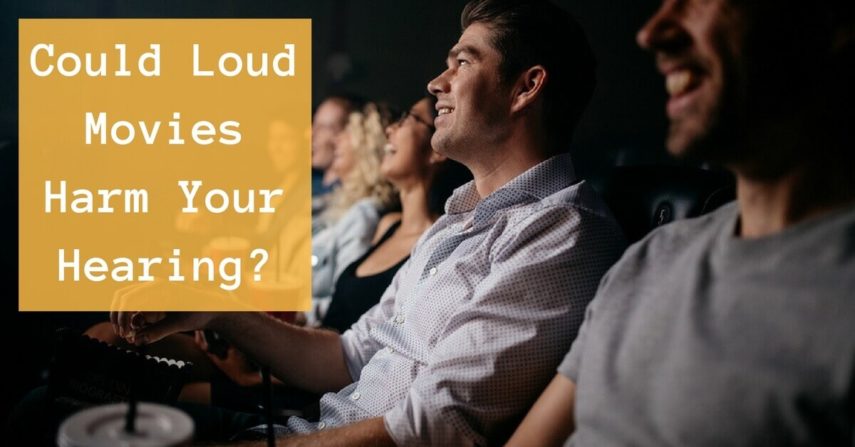 There’s nothing as comforting as a night at the movies. It’s a favorite destination for anyone looking to escape real life for a few hours and lose themselves in someone else’s adventure. Plus, the popcorn is great. But the safety of experiencing excitement second hand might actually be an illusion. As trends in the theater industry lean towards comfier seating and better snacks, there’s a disturbing trend towards increasingly dangerous volume levels. The next time you head out to catch a flick, you might want to bring a set of earplugs along with you.

The evidence is loud and clear

Long a common complaint traded by word of mouth, a piece of investigative journalism conducted by Today shows that movies these days are actually cause for concern. Using data gathered by viewing several films with a sound meter, the results were dramatic. Quoting an audiologist’s expert opinion that sound exceeding 85 decibels is potentially harmful to hearing health, their reporters found that even children’s films were played at levels well above that marker. According the audiologist consulted by Today on their story, after noise levels reach 85 decibels, “you start to hit into the range where you could potentially cause some damage” to your hearing.

To get an idea of what 85 decibels translates to in the real world, a garbage disposal measures about 80 decibels while a lawnmower typically comes in at 90 decibels. Within that range, hearing damage raises from possible to likely within an eight-hour period. As decibel levels increase, the amount of time it is healthy for your ears to withstand decreases.

All talk no action

Your risk of hearing loss is actually higher depending on the genre of movies you prefer. Action films tend to be louder, while quiet dramas will go a bit easier on the ears. Of course, it’s to be expected that volumes will fluctuate to suit the narrative unfolding onscreen. Part of the director’s and sound mixers’ jobs when working on a film are to ensure that the soundtrack plays a role in pulling the audience into the fictional world and suspending them there. However, as the volumes that are normalized become increasingly harmful to the public, how are we to know when enough is enough?

Pay particular attention in the films you attend with little ones. The film industry does not have formal regulation of movie volume, even for those released for kid’s audiences. In their report, Today found that even specifically measured the noise levels at an animated film finding that there were periods where volumes hovered just below 100 decibels.

Listen to what your ears are saying

Pay attention to how your ears feel when you’re in the theater. A California man went into a showing of The Hobbit and noticed it felt too loud. Instead of covering his ears or taking other protective action for fear of looking foolish, he withstood the too loud experience only to be diagnosed with mild hearing loss and tinnitus shortly after. If you ever feel discomfort, pain or ringing in your ears because of aggressive noise, remove yourself from the source of the noise. Hearing loss, particularly noise induced hearing loss, is irreversible and warning signs should never be ignored.

Make protecting your hearing a priority

While it might sound like a herculean effort, walk right out of any film that feels too loud for your ears, no matter how engrossing it is. You may want to do your own investigation and talk to the theater about their volume levels. Remember that hearing damage is cumulative and once damage occurs. There is no movie viewing experience that is worth permanently damaging your hearing.

Because it lacks other theatergoers to absorb sound, an empty theater might prove to be more harmful than a packed house. Preparing for a movie night will be a bit of a guessing game because you can’t anticipate the volumes a theater will choose to play its films at, or whether or not every seat will be filled. To play it safe, always choose a seat that is furthest away from the speakers. And remember to carry some earplugs with you. A pair of earplugs quickly purchased at your local pharmacy may end up being the barrier between yourself and irreversible hearing loss.

Are you concerned about your hearing? Visit us at Fidelity Hearing Center for a hearing test and consultation.