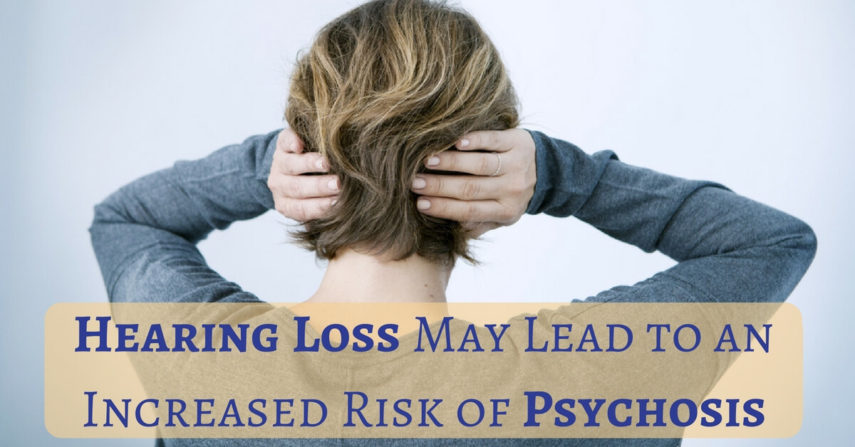 Did you know that hearing loss is often related to other medical issues, also known as comorbidities? Comorbidities are unrelated issues or illnesses that often accompany each other.

Psychoses are the symptoms of a mental illness that causes the sufferer’s emotions to no longer be governed by objective reality. While there are many mental illnesses that cause psychosis, the term is referring to the symptoms such as hallucinations and delusions. In less severe cases, this manifests in social isolation, difficulty with concentration or mood swings. When psychosis becomes more serious, it can lead to suicidal ideation, an inability to care for oneself and even becoming a danger to self or others.

Hallucinations are the experience of perceiving things that are not real. These may be visual, or auditory (seeing things that are not there or hearing voices) or even smelling or touching something that doesn’t exist. You may feel like insects are crawling under your skin or someone is tickling you when no one is there. The study published in Neuroscience and Biobehavioral Reviews found that hearing impairment increases the risk of hallucinations in adults.

Delusions are false beliefs that are deeply felt by the sufferer, even though they tend to go against reality. There are two main types of delusions. Persecutory delusions are extremely common, and involve a person believing that they are being hunted down, stalked, framed, or watched. Another common type of delusion are referential delusions. In these cases, sufferers believe that certain passages, song lyrics, billboards etc. are speaking directly to them.

Delusions can also be “bizarre” or not bizarre. An example of a delusion that is not bizarre would be a person who believes the police are watching them. A bizarre delusion, on the other hand, goes well beyond the realm of reality. PsychCentral gave the example of a person who believes aliens have stolen their thoughts and replaced them with alien thoughts as a bizarre delusion. Hearing loss also increased the risk of delusions in adults, according to the study.

For elderly adults with hearing loss, the study also found that hearing impairment led to an increased risk of delirium. Delirium involves a patient who is in a confused state with a decreased understanding of one’s environment. It can also include an inability to speak or clearly understand conversations, nightmares that continue once awake, feelings or drowsiness, and rapid mood swings

What is Untreated Hearing Loss?

It is important to pay attention to the word untreated here. On average, people wait about 7-10 years from the time they first notice changes in their hearing to the time they seek treatment for hearing loss. With 1 in 3 Americans living with hearing loss, that equates to a lot of people walking around with untreated hearing loss. When hearing loss is untreated, it is much more likely to cause the comorbidities discussed in this article as well as some of the other ones such as reduced workplace productivity.

It is important to check your hearing early and often. Contact us at Fidelity Hearing Centers to schedule your consultation today.